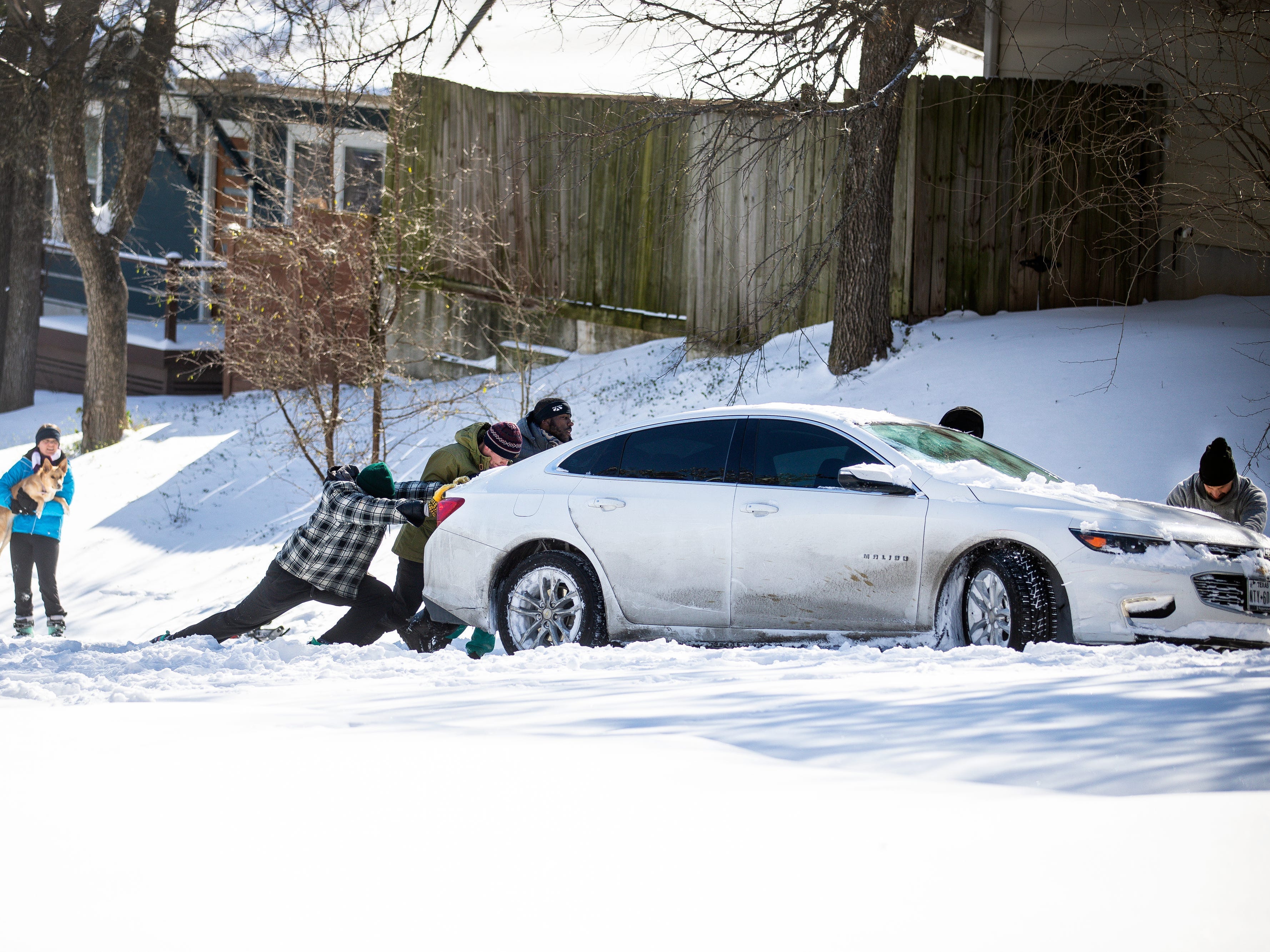 Temperatures have plunged in Texas, causing energy prices to spike

WTI crude oil was trading at around one-year highs while natural gas prices spiked.
Temperatures of below 4F in Texas have caused chaos for the state’s energy infrastructure.
Wholesale energy prices have skyrocketed as demand jumps while production stutters.
Sign up here for our daily newsletter, 10 Things Before the Opening Bell.

Natural gas futures were up 5.8% to $3.079 per million British thermal units on Tuesday, trading at around the highest levels since November.

More than 3 million people have been left without power in Texas and close to 5 million around the US as a whole, according to poweroutage.us, as a rare winter storm sweeps the country.

Temperatures fell to 4F (-16C) overnight in Dallas, Texas, and have plunged across Oklahoma, Kansas, New Mexico, Colorado and elsewhere.

It has been challenging for Texas’s energy grid, which does not pay generators to keep capacity in reserve. The weather has forced many generators to stop production.

Wholesale energy prices have skyrocketed, at times above the market cap of $9,000 per megawatt hour, compared to prices of around $25 to $50 per MWh before the winter storms.

The frigid temperatures have hit oil production and natural gas supplies and led to a surge in demand for energy, causing prices to spike.

Texas is also home to some of the country’s biggest oil refineries, as well as the heart of the shale basin.

Jeffrey Halley, senior market analyst at currency firm Oanda, said he thought the US oil market had been due a correction after a surge in prices in recent weeks. But he said the current weather situation “will likely continue to offset that.”

Read More: GOLDMAN SACHS: These 40 heavily shorted stocks could be the next GameStop if retail traders target them – and the group has already nearly doubled over the past 3 months

“Until the weather moderates in the United States… oil is a ‘buy on dips’ in the short-term.”

Brent crude oil, the international benchmark, was down 0.33% to $63.11 a barrel, still around a one-year high.

JPMorgan last week predicted a commodities “supercycle” would take hold in 2021, as economies reopen and drive up production and demand for energy.

The “roaring 20s” will be accompanied by easy monetary and fiscal policy, a weak US dollar and stronger inflation, all supportive for commodity prices, JPMorgan said.

Settlement not in the cards in SEC vs. Ripple case

An impeachment manager says Republicans privately told her she made a compelling case to convict Trump, but they acquitted him anyway