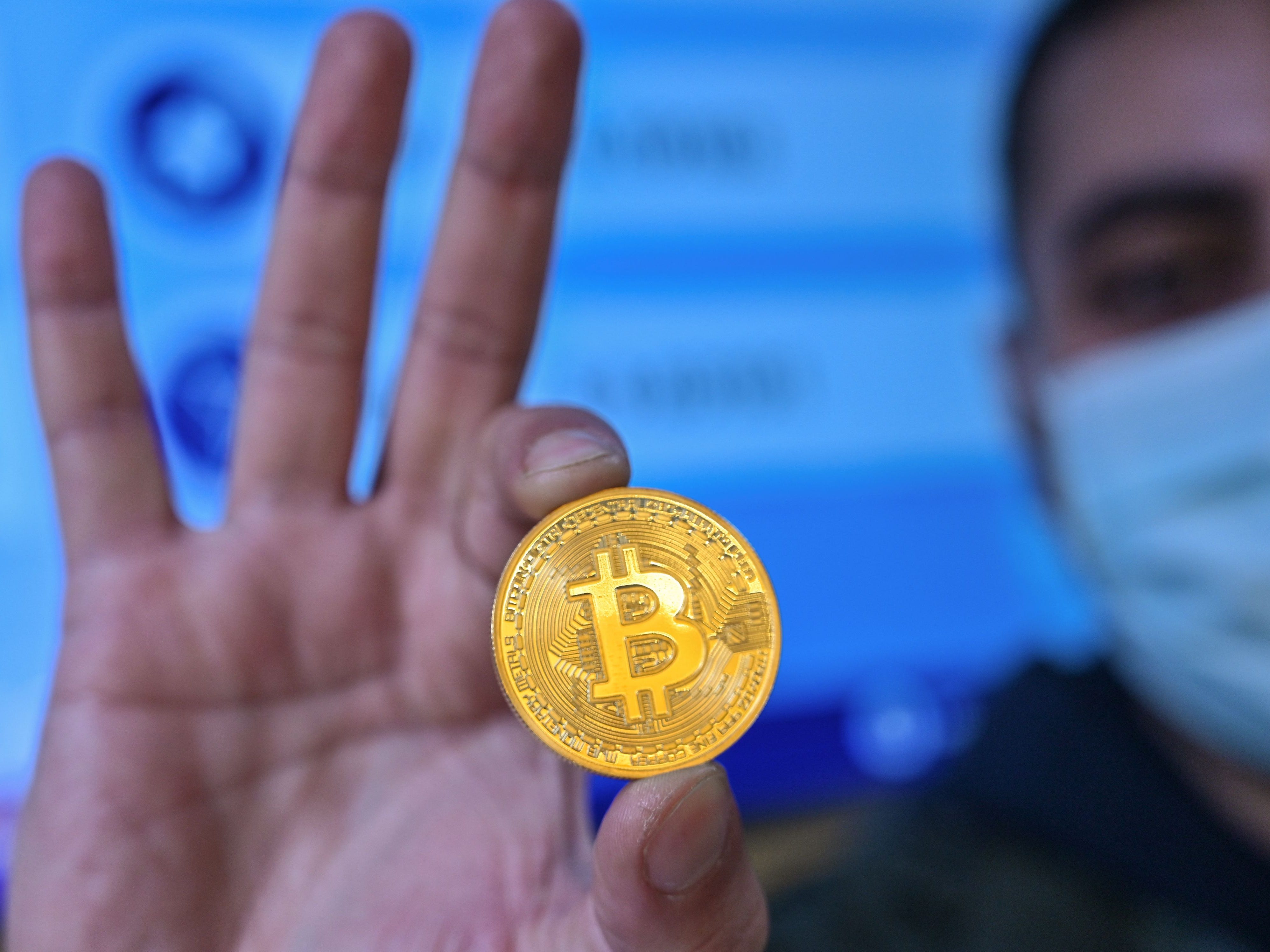 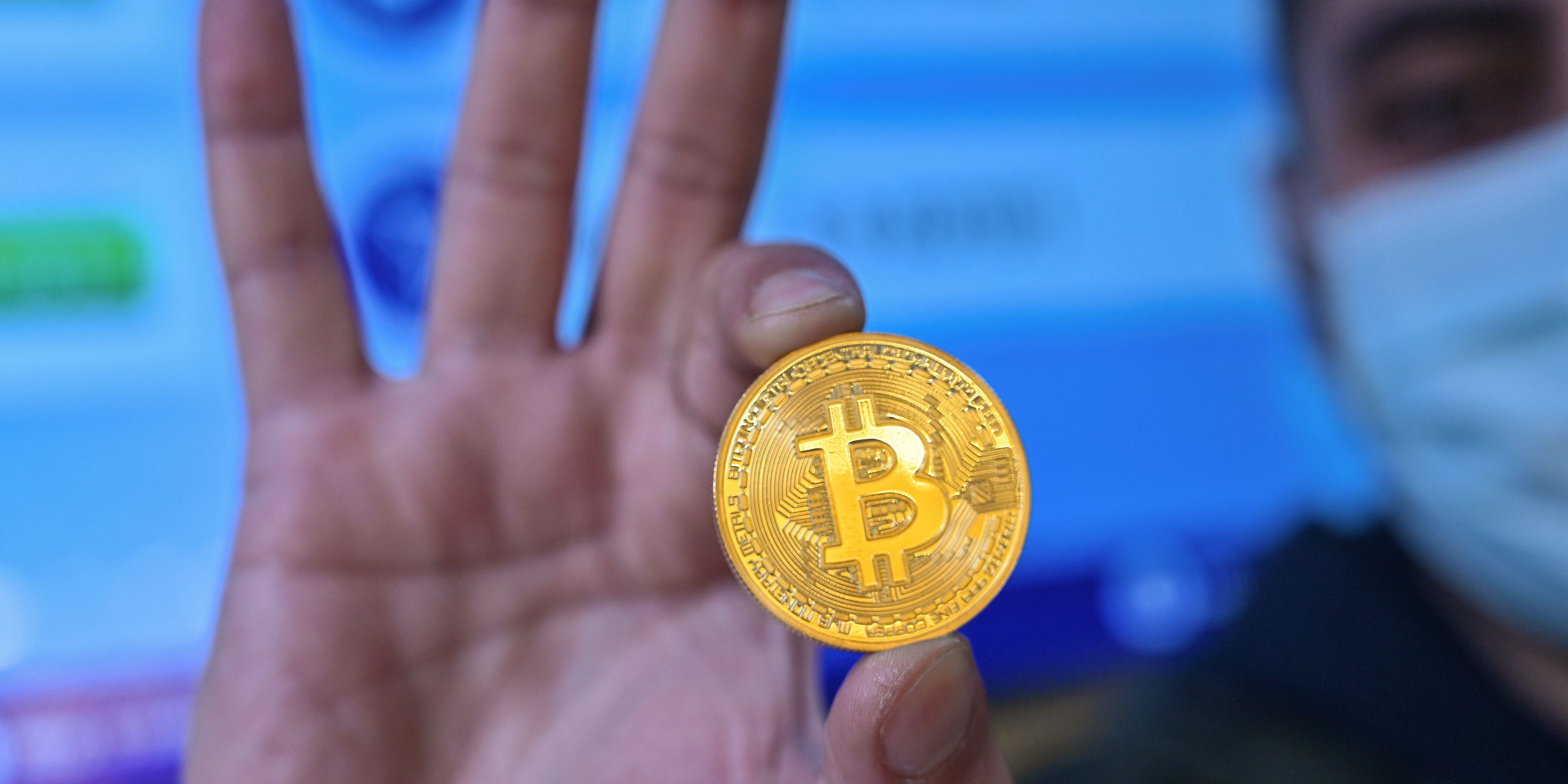 The bitcoin price hit a record high of $49,998 on the Binance exchange

The bitcoin price rose to $49,998 on the Binance exchange before slipping back.
Interest from institutional investors is adding legitimacy and confidence to the rally.
BNY Mellon is creating a crypto team while Morgan Stanley is reportedly weighing investing.
Sign up here for our daily newsletter, 10 Things Before the Opening Bell.

The bitcoin price hit a record high just $2 away from the vaunted $50,000 mark on Tuesday, as interest from Wall Street institutions added momentum to the remarkable rally.

Bitcoin rose to $49,998 on the Binance exchange, which saw the most volume over the last 24 hours, before slipping back. It touched a high of $49,873 on the Coinbase exchange.

Elon Musk’s Tesla triggered the latest climb higher on February 8, when it revealed it had bought $1.5 billion of the cryptocurrency in January. It also said it intended to start accepting the coin as payment.

Since then, interest from major financial firms including BNY Mellon and Mastercard has helped support the rally by adding legitimacy to the asset.

Read more: A Ruffer portfolio manager invested a portion of his $4.8 billion fund in Bitcoin. Here’s what swayed him to bet on crypto – and the 2 other ways he’s hedging against worrying speculative bubbles

BNY Mellon plans to issue, hold, and transfer clients’ bitcoin, it announced on February 11. It would be the first global bank to provide an integrated digital asset service to its customers.

Mastercard will begin allowing customers to use “select cryptocurrencies” on its network later this year, it announced on February 10.

And JPMorgan co-president Daniel Pinto said he is “sure” more banks will start getting involved thanks to client demand. He told CNBC on Friday: “The demand isn’t there yet, but I’m sure it will be at some point.”

Read More: The CIO of a $700 million crypto asset manager breaks down why Elon Musk’s gradual acceptance of bitcoin means the digital currency has room to run – and shares why it’s launching an over-the-counter fund

The interest from big players has supported the narrative that institutional investors are increasingly interested in bitcoin. This belief has been a key driver of the astounding rally in the bitcoin price from below $4,000 in March 2020 to inches away from $50,000.

It has also helped other cryptocurrencies such as ether, the coin on the Ethereum network. The ether price was up around 2.3% to $1,801 on Tuesday morning, after hitting a record high of above $1,870 over the weekend.

“A break of $50,000 almost feels inevitable at this point, it’s more a question of how much further it can go and how fast.”

Source: Bitcoin comes within $2 of $50,000 as price hits new high thanks to Wall Street interest

Battle of the whales as $50K Bitcoin hinges on ’Coinbase premium’