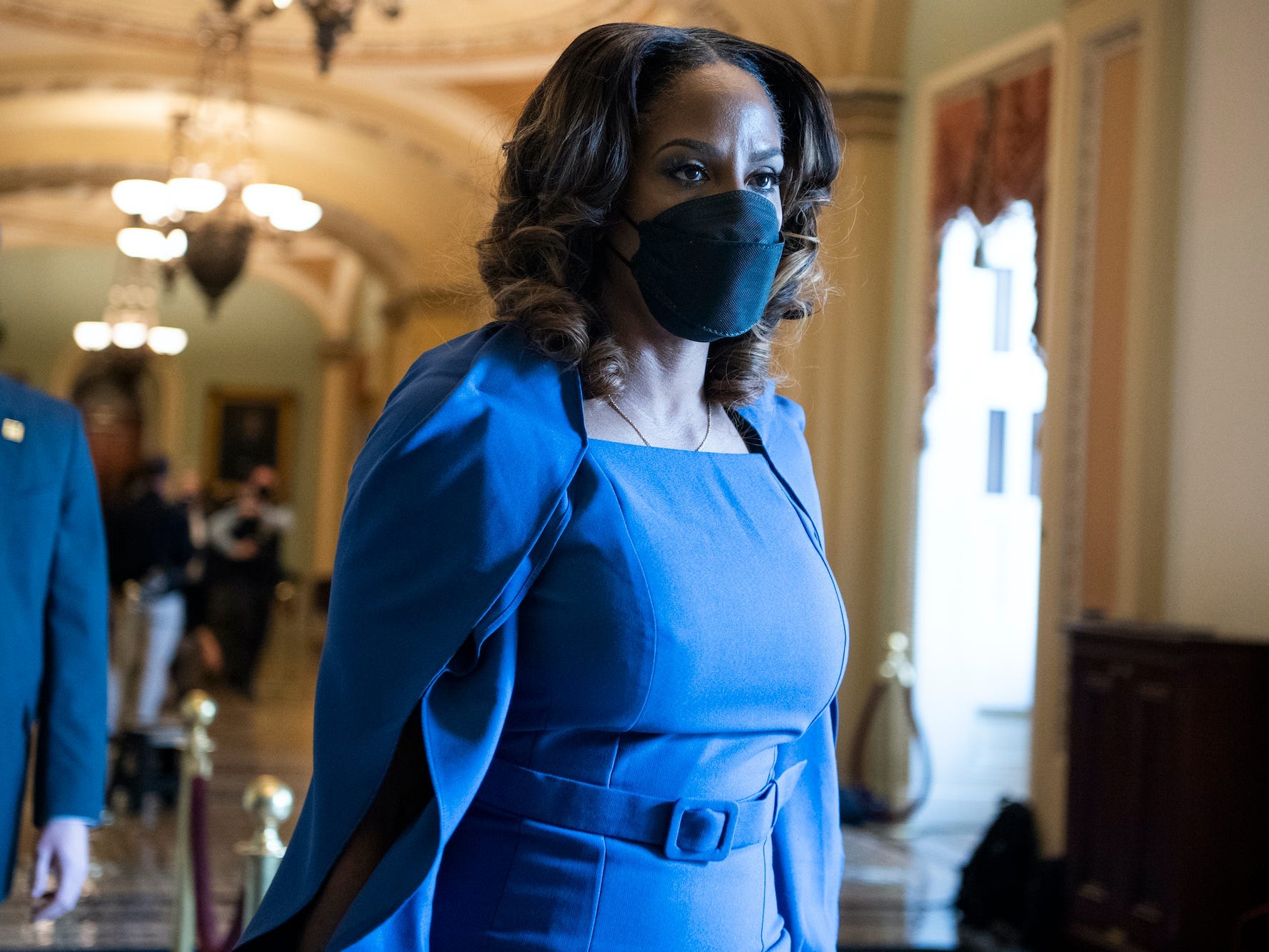 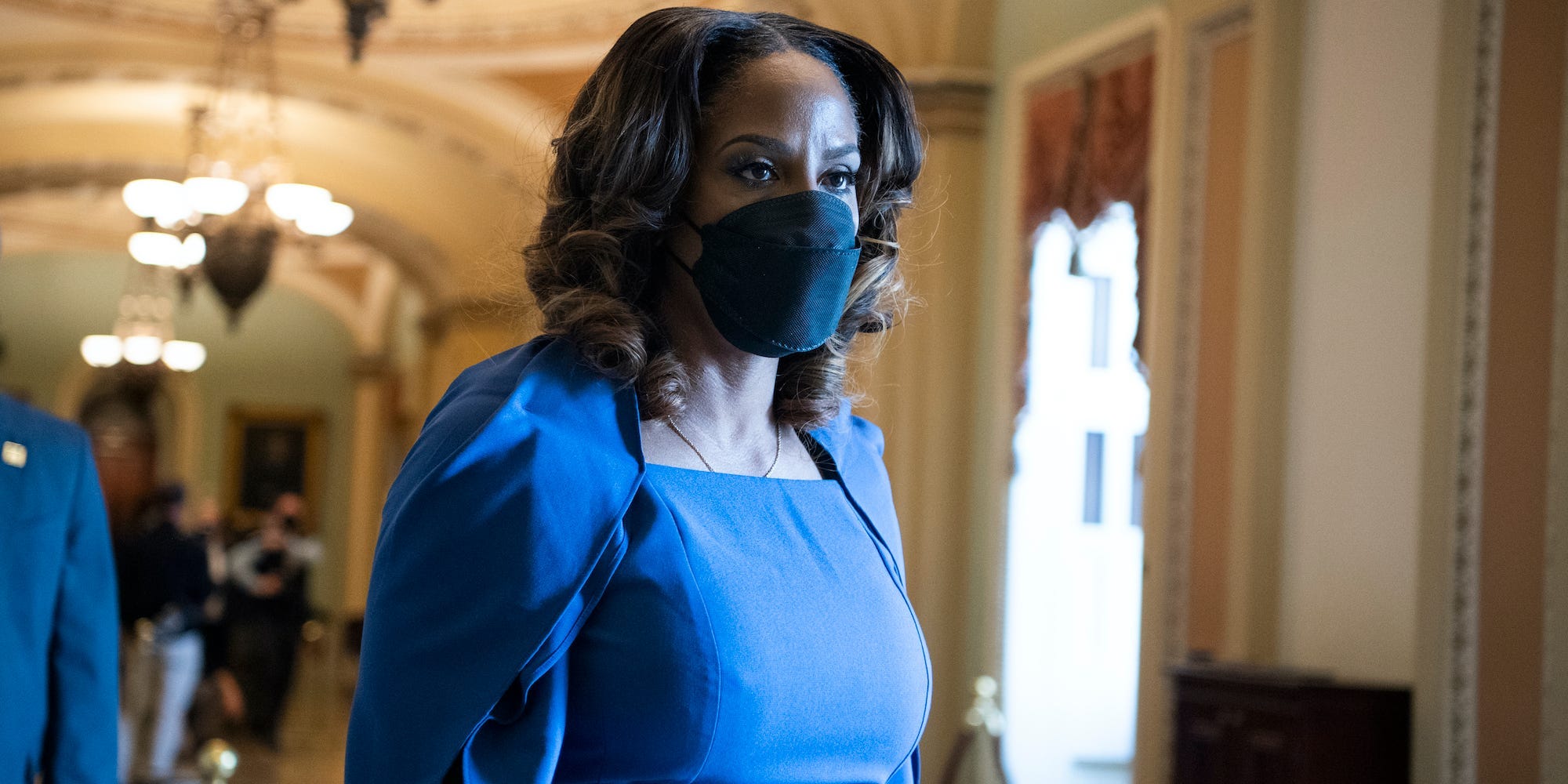 Del. Stacey Plaskett (D-Virgin Islands) was a House manager in Trump’s second impeachment trial.
She told CNN some Senate Republicans privately told her she “made the case” for conviction.
But she said they already planned to acquit Trump and didn’t want to “stand out on a limb” by convicting.
Visit the Business section of Insider for more stories.

A House impeachment manager says Republican senators told her privately that she “made the case” to convict former President Donald Trump, but they still voted to acquit him.

Del. Stacey Plaskett, a Democrat from the Virgin Islands, told CNN’s Chris Cuomo on Monday about the interactions she had with unnamed Republican senators during Trump’s second impeachment trial last week.

“I had senators, even after we presented, who stopped me in the hallway, Republicans, who said that we had made the case, but yet they were going to vote to acquit the president,” Plaskett said.

Plaskett said she tried to win these senators over by saying they could vote to acquit Trump, but not vote to disqualify him from holding office in the future – a vote which would have taken place after conviction, and only requires a simple majority.

“The response was, ‘Well, I don’t think you’ll get to 17, so I’ll never get to that second disqualification vote and I don’t want to stand out on a limb by myself,'” Plaskett recalled, referring to Democratic senators’ needing 17 Republicans to vote with them in order to convict Trump.

Plaskett has in recent days also defended her decision not to call witnesses during the trial.

“We had no need to call any witnesses at the end of the trial because, as all Americans believed at that moment, the evidence was overwhelming,” Plaskett told NPR on Sunday.

She also told CNN in a separate Sunday interview: “I know people are feeling a lot of angst and believe that maybe if we had this, the senators would have done what we wanted, but listen, we didn’t need more witnesses, we needed more senators with spines.”

Trump was acquitted at his second impeachment trial on Saturday, with 57 votes to convict and 43 votes to acquit. A two-thirds majority vote is required to impeach a president. Seven Republican senators voted to convict, joining all 50 Senate Democrats.

Among the Republicans who voted to convict is North Carolina Sen. Richard Burr, who is retiring after this term. Sen. Lindsey Graham, a close confidante of Trump, said Burr’s vote in the trial paves the way for Trump’s daughter-in-law, Lara Trump, to run for his seat.

While Plaskett didn’t get the outcome she was looking for in Trump’s second impeachment trial, she said it was necessary for the country, and it may work to stop Trump from running for office in the future.

“I believe that January 6 [Capitol riot] was a second kind of Civil War and it was necessary for us to have a reckoning and for those individuals who made war against our democracy be brought to justice, they needed to be held accounted for,” Plaskett told CNN’s Cuomo on Monday.

“And so that’s what I saw as my duty and my service to my country. I believe that we were on the front lines to save our union and our republic,” she added.

“I do believe, even though we lost that case, that we have shown who Donald Trump is, we’ve shown the enemy that was among us, that was attempting to lead us, that was using us for his own greed and power, and that he will not have the same power that he had, should he ever attempt to run again.”

Source: An impeachment manager says Republicans privately told her she made a compelling case to convict Trump, but they acquitted him anyway

The COVID-19 curfew in the Netherlands must be lifted immediately, the Dutch Court of Justice ruled